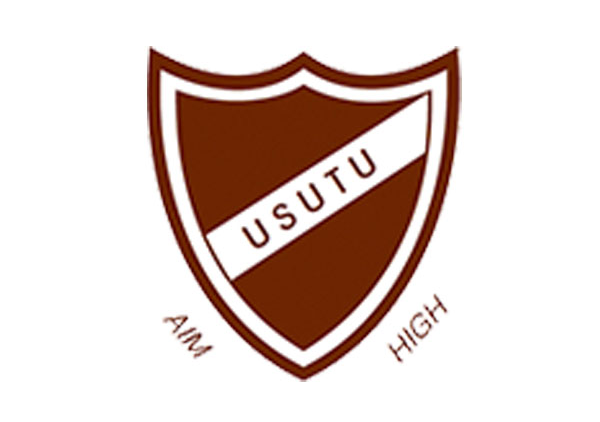 The original school badge was created in the 1960's. With the school growing into the additional grades we have decided to relook at the school emblem, which we felt needed to represent what we stand for.

The new badge was introduced in 2017. In the new badge the trees symbolize wisdom, knowledge and strength, whilst the rays of sunshine symbolises growth, health, power and passion. The motto Semper Sursum is latin for Always Aim High.

Usutu Forest Primary School first opened its doors in January 1963, and was primarily aimed at educating the children of the Kraft Mill. It was then owned and operated by the global paper company, namely SAPPI.

However, at the beginning of 2002, control of the School was handed to the parents who formulated a Governing Council. The School became a Section 21 Company and continues to prosper, providing a balanced, caring and effective education with high academic standards and individual expectations.

Today UFS International boasts educational and sporting resources and facilities of the highest order and remains competitive in the primary school arena in Eswatini. This reputation has been earned as a result of the forward thinking approach it has adopted. UFS International is in constant flux as it adapts to the ever changing world of education, and at the same time aiming to provide an outstanding service to parents and pupils. 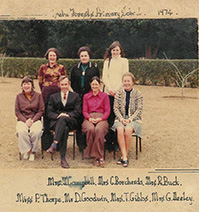 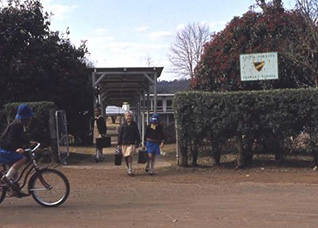 The pupils at UFS International are exposed to a wide range of activities and we strive to provide opportunities for all our pupils in order that they may perform to their true potential. Our academics are our priority and in this regard our pupils receive a number of scholarships from top schools when they enter into high school, proving that our broad-based curriculum is of the highest quality. UFS Internationall has taken the initiative on the sporting front by undertaking numerous tours across the border to expose our pupils to different coaching methods and playing conditions. We have a fully resourced Learning Support Centre. Pupils are also exposed to a variety of cultural activities and initiatives.

Over the past years UFS International has extended it’s service-offering to include Grade 00 and Grade 000 classes. In 2014 there was once again a query raised by parents to start a High School, for those parents who did not wish to send their children across the border. A survey was sent out to parents to gauge interest, and the response was overwhelmingly in favour of the High School being established.

In 2014 the Usutu Forest Primary School Governing Council set up a High School Committee whose mandate was to investigate the feasibility and viability of the establishment of an Usutu Forest High School. At the first meeting of this Committee it was decided that the notion of a family of Usutu School be established. The reasoning behind this idea was that the Committee felt that the success of the Primary School, with its ethos and values that are entrenched in the school’s philosophy be carried forward into the high school sector. This we see as the schools unique selling point and has over many years been the foundation of its success.

With the current and future development plans that are envisaged for Mhlambanyatsi Village, the High School will attract families who will be looking for a quality education for their children, and we see this synergy between Usutu Forest Product Company Limited, and the Usutu School as a positive and mutually beneficial relationship.

After a rigorous process the Committee engaged the services of architect Steve Hall Development Consultants (Pty) Ltd to work with the Committee in finalising the concept and design of the High School. Amos Ngwenya was tasked with the quantity surveying, whilst Bimal de Silva and Andrew Le Roux worked on the business plan and financial model to present to the local banks.

Committee members, Peter Ressell, Sarah-Jane Thomson, Jeanne Volschenk, Rosemarie Wade, and Dave Millin were instrumental in the initial stages of the project and gave valuable input in the discussions and decision-making process.

In November 2015 the official launch was held, we were well on the road to meeting our dreams and targets of opening the High School doors in January 2017 to the first intake of Form 1 students. In the coming years we see the UFS International catering for children from Grades 000 to Form 5, providing the foundation in the Pre-primary and Primary school phases and extending into the High School phase where students will be provided with all the requisite academic and life skills to enable them to pursue their goals and follow their chosen career paths with confidence, in order for them to make a difference in the communities in which they will live and work.